The Kings of Justice

"A small body of determined spirits fired by an unquenchable faith in their mission can alter the course of history." Gandhi

Gandhi was talking about ending British oppression in India. Unifying all segments of society, both rich and poor, male and female, he led the protest against British rule. Living in India, I see references to Gandhi everywhere, from books, posters, and placards to the statue of him in our small town of Ooty. A plaster of Paris rendition shows a simple cloth wrapped around a small, fragile-looking man with a pair of spectacles perched on his nose.

My American roots resonate with another injustice, white oppression of African Americans, our tragic history of slavery. I recently had the privilege of walking through the Martin Luther King Centre in Atlanta Georgia. The exhibition was jaw-dropping. King commanded a small group of people who marched against the injustice of segregation in America. The protests eventually changed law and policy in America. King was inspired by Gandhi's non-violent methods. Both men were inspired by the teaching of Christ. With ceaseless work and much courage, India has achieved its independence and America has achieved greater racial equality.

Yet, here we are, forty-seven years after King's death and sixty-seven years since Gandhi's, and the world has the greatest number of slaves in recorded history. According to the Global Slavery Index 2014, an estimated 38.5 million people are in slavery today. At 14 million, India has the highest number of slaves in the world.  58% of all human trafficking cases are for the purpose of sex-trafficking (UNODC, Global Report on Trafficking in Persons 2012). Accurate statistics of sex slavery in India are very difficult to obtain and verify, but “experts estimate that millions of women and children are victims of sex trafficking in India” (U.S. Department of State).

Freedom Firm, a non-governmental organization (NGO) is focusing all its energies on eradicating the injustice of sex-trafficking in India. Freedom Firm is small, just thirty people scattered in small hubs across the breadth of India. We've adopted a radical and front-lines approach to stop sex-trafficking in India. Investigators posing as customers gather information from minor girls who are trapped in brothels. With the information, investigators involve the local police who then conduct raids on the brothels and rescue under-age girls. Their rescue then demands a host of governmental procedures - medical, legal, and social. Freedom Firm works within the existing structures to advocate for protection, opportunity, and justice for each girl. Freedom Firm offers employment to rescued girls and a long term relationship of advocacy and care.

We have discovered over the last eight years of doing this work that it's unwise to hold our breath waiting for the big victories. Despite over 300 rescued minor girls, judges convicted perpetrators only seven times. Freedom Firm averages about 3.5 raids per month, year in, year out. However, due to police tip-offs, 50% of the time brothels are locked when the raids are attempted.

We know what makes the big difference. Quite simply, but agonizingly slow, it's about persevering every time, whether we seem to be winning or losing. It's all the tiny steps towards justice. It's meeting with the same police, again and again, to beg them to do a raid. It's filing writ petitions in court to stop illegal proceedings. It's opposing bail for the perpetrators. It's the thousand-mile train ride to see if a girl is still safe with her family after rescue.

It's the perseverance of our staff who put their lives on the line. The social worker who gives HIV counseling gently with sensitivity. The investigator who goes undercover in the brothel and risks temptation and exposure. The production manager in our fair trade business who insists on quality because she knows anything else erodes dignity in the employees. These are the people who have the capacity to celebrate with each girl when she marries, has children, and also who have the grace to grieve with her when she is betrayed or misused again.

I love Gandhi's words, “Strength does not come from physical capacity. It comes from an indomitable will.” Do we feel weak? Understaffed? Overwhelmed by the enormity of the work? Yes, to all of those. Does that change anything? No. The exploitation of young girls is not acceptable in our world. We must have the will to stop it.

Does it really matter that a little girl named Karishma in Sangli, Maharashtra was only 12 when her grandmother converted her little hut into a brothel and forced her granddaughter to sexually serve men for money? Martin Luther King said, “Injustice anywhere is a threat to freedom everywhere.” If that is true, her bondage in India means daughters and sisters are not safe anywhere. We already know from the lives of Christ, Gandhi, and Martin Luther King that justice can be won. 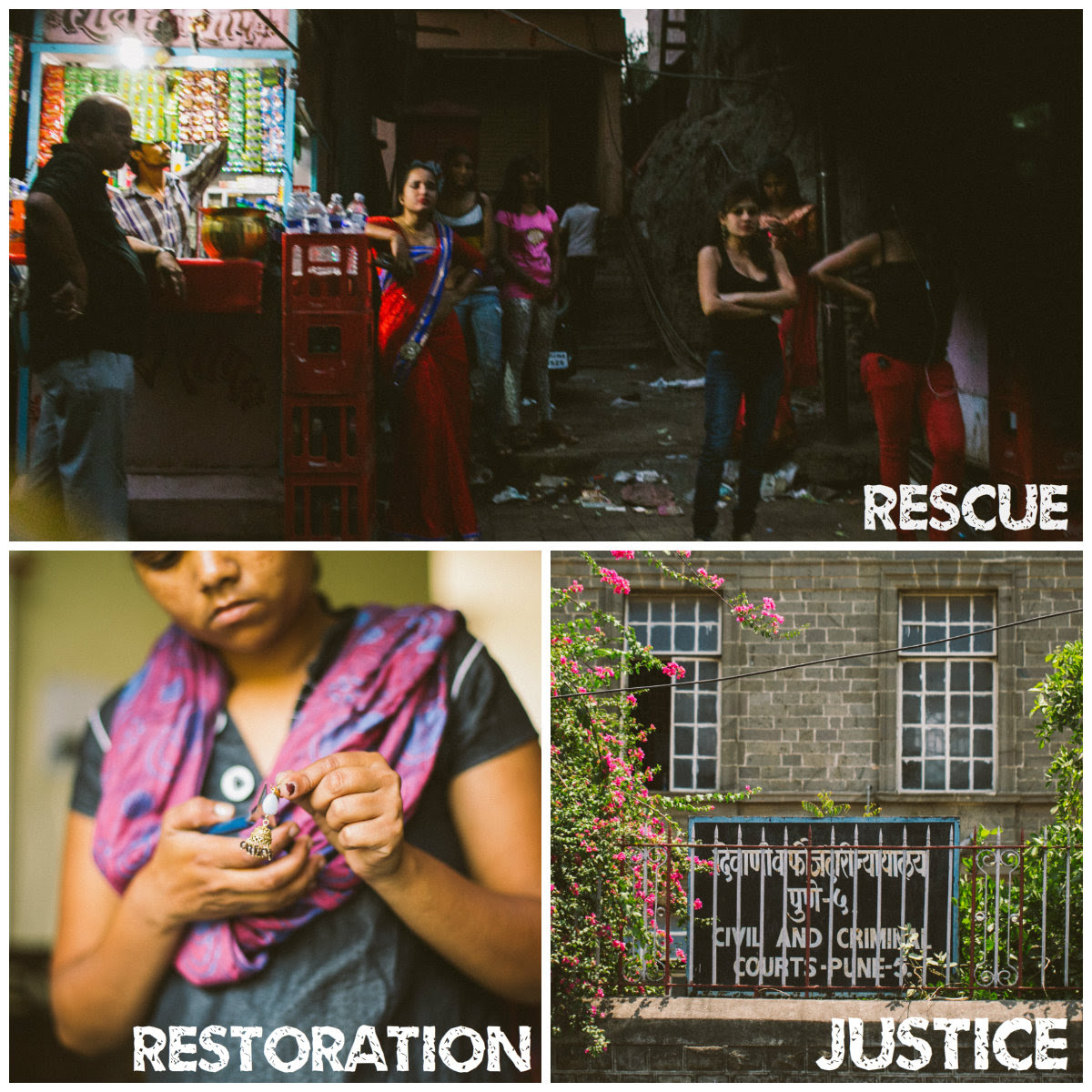