Looking Back: Arriving in Mumbai

In my next series of blogs titled “Looking Back,” I'll be tracing our beginnings in the city of Mumbai during our time with IJM.  I want to tell a few stories from those years. Perhaps in the telling, all will become as clear as our glass windowpane that looks out onto the valley of tea and forest stretching below us in unending splendor, amidst India's disease, poverty, injustices.

Human sweat, mingled with urine and feces (both human and animal,) dust and mud, petrol and unfiltered exhaust, beetle nut juice and spices from the breath of thousands swirled upward by the ceiling fans hit me full in the face as I stepped off the plane into the Mumbai airport.  I smiled a little, it was a familiar smell, the scent of the third world where I spent the first ten years of my life.  I felt an odd sense of comfort and longing, and an overwhelming surge of adventure.

There was no doubt about it, we had left a sanitized world of comfort, control and order and stepped into some place chaotic, raw and completely ungovernable.  India.

Glaring florescent lights overhead and concrete under our feet, we stumbled on towards customs, the press of fifteen million people, and on towards our mission of rescuing child prostitutes. Exhausted from three days of travel through West to East time zones, our three little girls, Kavita, Rachael and Abigail drooped in the double seated stroller.  I, four months pregnant, snapped at them occasionally as they grew restless.  I could envision bits of our luggage and a child or two being swallowed in the crowd that constantly surged around us.  How do you sit on thirteen suitcases and three children all at once?  All our earthly possessions there, in the dust, surrounding me.

Whisked away to a lovely seaside resort, compliments of IJM was the first of thousands of conflicting experiences juxtaposed in a matter of minutes and hours.  In the dead of night our car threaded through dilapidated slums, refuse strewn roads and squalid miles of city to a palm lined, white sand resort. All life is full of contrasts, but there is nowhere like India for the intensity of those contrasts. At times the experience was like an electric shock, impossible for the mind to accept instantly, and still harder for the soul to reconcile.

Vastly comforted by the clean rooms, good food and sandy beaches for the girls to play, I ignored the oily dark water that surged with the tide. Greg and I began our search for a home in Mumbai. We traveled in a rickshaw to the edge of the island, took a ferry and found ourselves in Borovili, the northernmost part of Mumbai.  A couple weeks later we found our first home, a row house in the middle of a tidy, green, middle class housing society.

Our housing society bordered a huge expanse of swamp.  Our row house overlooked  protected mangroves that no builders could penetrate. Instead of honking horns and thousands of pedestrians, trains and exhaust fumes I opened our back door to see a cobra wrapped on a tree hanging on a branch that leaned over our tiny garden.  There was no possibility of walking in the mangroves, that would have courted a vast number of dangers. Whether in the city, or the edge of the city, the result was the same.  I felt trapped, in four walls, in an unfathomable culture of caste and the world felt unsafe, foreign and terribly cloistered.  I longed to take my children out, but there was no where to go.  No place safe.

A few months later our son Morgan was born. In our search to find a safe place for the kids to play,  we eventually joined a club with a wonderful swimming pool. I took the children there to swim three times a week in that artificial oasis that made me feel rich and pretentious when I was neither.  Where were the normal middle class outlets for children? Parks, libraries, mother's day out programs, sidewalks for heaven's sake? They didn't exist.

Children began going to school by age 2 and ½.  I was committed to teaching my children at home.  Already my world view created exclusion, separation, and isolation.  No other moms were homeschooling.   No other avenues besides institutional school existed for our children to meet other children. There was no little league, no art classes, no music classes, no ballet.  I wasn't prepared to join mainstream India.  I was a trained teacher, and I was fairly sure my methods were the best.  Little did I know I was resigning my children and myself to years of loneliness.

As I look back I see my struggle so clearly.  The beginning of the long and hard balancing act of ideals and reality.  We were living out our ideals; we had moved our family to India to rescue young girls.  But the realities of daily life with four children aged five years and under, in a foreign country, buried me every single day.  Fifteen years later I am still trying to integrate calling and real life, in the same country, but now with kids who are growing up and leaving home. 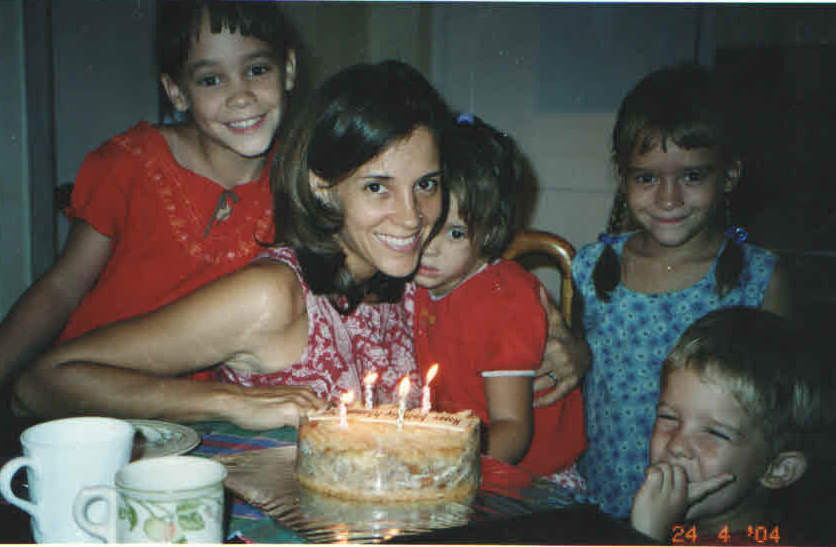