Men of honour, men of power

“All that is necessary for the triumph of evil is that good men do nothing.” Edmund Burke, political thinker, 18th century England

At the end of November, 2014 I joined a few of my Freedom Firm colleagues in Allahabad to make our first attempt at rescuing a minor girl from the Meerganj red-light area. Our case worker in Allahabad, Surendra, had already done the ground work and we knew the police structure and which officials we could approach to conduct the raid. Initial investigation revealed that there were at least 3 minor girls in the area that should be rescued. A bit surprising considering another NGO had rescued 13 minor girls from the same red-light area just 1 week earlier. Still the brothel keepers were bold enough to continue their trade in children.

At first the police were reluctant to take action but after meting the Inspector General (the highest ranking in the city) we got a green light. On the first attempt the local police were impatient and nervous, the raid was launched before our bogus customer could engage her. We pulled back before our target location was revealed but the whole red-light are was alerted and we had to wait for another day. Unfortunately the area remained on high alert for the remainder of the week and the girl we wanted to rescue did not reappear a second time when the police were ready and waiting.

By January, 2015 the Freedom Firm team again converged in Allahabad. We met the Superintendent of Police, City by chance while waiting outside his office for another officer. When he discovered our purpose he immediately organized a police team and on the first night a minor girl, Kirti* was rescued and her brothel keeper arrested. At the time of this writing (mid-April) Kirti remains in a protective home while her brothel keeper is still in jail. All of us in Freedom Firm were elated by the cooperation we received from the police and the strong FIR that was filed against the brothel keeper. Despite the disappointment in November it seemed like there would be great potential for really making an impact in Allahabad … little did we know what the future would hold.

By February we had an office location in Allahabad and a growing local team. Anticipating the kind of cooperation we experienced in January we approached the police after finding a minor girl named Reshma* in the red-light area. The police responded by appointing a local inspector to conduct the raid. Unfortunately the red-light area was somehow alerted before the rescue happened and when it returned to normal later in the day the inspector declared that he was busy with another case and could not help. In the days that followed it was clear that the novelty of Freedom Firm had worn thin. Police officials stopped answering our calls and when they did they explained that they were too busy to conduct a raid. I left Allahabad while Surendra continued to follow up with the police. One officer told him to look in other cities and do rescues there, he said once in 12 months is enough for Allahabad! He also asked us to come back after Holi (a national festival and holiday) as the police would not be available until then. Surendra again went to meet the Inspector General, newly appointed as the IG we met in November was transferred, to seek his assistance. He expressed his desire to help but ultimately agreed with his subordinates and asked us to return after Holi.

In March the girl we found in February was still at the same brothel, a couple more minor girls were found in another brothel. I could not stay in Allahabad so Surendra and the Freedom Firm team tried to meet the local police officials. The Senior Superintendent of Police was actually rude to the team, threw our letter on the ground and refused to help. When Surendra met the Inspector General he agreed to help but asked the team to wait 3 or 4 days until a current law and order problem had calmed down. Surprisingly, after 3 or 4 days the Inspector General refused to help and stated that rescuing minor girls is not a priority for the police in Allahabad.

We had exhausted the hierarchy in Allahabad. I knew we needed to find someone in authority who could understand the importance of this issue and make a change in Allahabad. The Director General of Police (DGP) for the whole state of Uttar Pradesh is in Lucknow 200 km from Allahabad. Surendra and I planned to meet him. We documented all that had happened since February and travelled to Lucknow on April 13th. The DGP met us that morning and immediately picked up the phone with the Senior Superintendent of Police in Allahabad. He asked him to meet us the next day. Then he dictated a letter instructing the Allahabad police to take immediate action when given information of minor girls in prostitution. I was thrilled! This was more than we'd hoped for.

While in Lucknow, Surendra and I met the Inspector General of police who helped us in November but was promoted to lead the Economic Offences Wing of the UP Police. He said something I didn't expect; “you are doing good work. It is actually our work but the police are too busy with other things. It is work that we should be doing.”

Our investigators confirmed that the girl found in February was still in the same brothel. The next day we met the Senior Superintendent of Police in Allahabad. He was clearly less motivated than the Director General but he instructed the local police accordingly. A raid was planned for that evening. The investigators confirmed that the red-light area was operating normally and that the girl was present. The minutes leading up to a raid are always the most delicate. If there's going to be a tip off, that's when it will happen. Surendra took a call from an investigator in the area, it was all being shut down, local police were present with lathi sticks, the brothel keepers locked all the doors … someone leaked the information. Less than 5 minutes later the police said they were ready for the raid. We told them the area was shut down and asked them to wait for a while to see if it returned to normal. We knew the chances of that were slim.

More than an hour later there was no change in the red-light area. We returned to the police station and found a large group of officers in a meeting. They began to joke and laugh. They asked us why we didn't go to Kolkata or Mumbai to find minor girls? Why didn't we understand that the police have lots of work to do? They don't have time to help. Somehow the fact that a minor girl was in prostitution literally 100 metres from the police station for the past 2 months didn't seem to dampen their humour.

That evening I received a call from the Director General of Police. I gave a brief update and requested that an outside force be provided in order to have a successful rescue. I was encouraged that he continued to take an interest in this case. The following day we expected to meet the SSP but relentless phone calls and waiting outside offices resulted in no response. By late afternoon I called the DGP with an update and he said he would speak with the SSP. Even so, nothing further happened that night.

I needed to get back to Ooty so I left the team to continue pushing for rescue.

The next day Surendra and Abraham managed to meet the SSP, he instructed them to meet the SP, City, in the meantime I received a call from the Inspector General and asked Surendra to follow up. He met the IG and was promised full cooperation. The IG even sent one of his officers to go on the raid. Chances of success were good, we felt a breakthrough was imminent. Unfortunately the same set of local police were again called on to conduct the raid. Predictably, there was a tip off and waiting throughout the evening did not result in the red-light area returning to normal. The police agreed to try again the next day. That would be a Saturday. Despite our efforts Saturday became Monday before the police were ready to take action.

After meeting with the Inspector General of Police and explaining what happened on Friday, Abraham and Surendra managed to secure his cooperation. A police force was arranged that would again be accompanied by an officer from the IG's office. Unfortunately the same DySP was called to supervise the raid. It was as if the police had no one else to actually carry out the operation on the ground. Just before the raid was planned our fears were confirmed as the investigators found that the red-light area was tipped off.

The team stuck with the plan and waited to see if things would return to normal. At this point we knew of minor girls in two different locations. The investigators kept checking both locations until finally the brothel doors started to open in one of the lanes. One of our investigators saw a target girl peering out of a doorway so he quickly approached and asked to engage her. Surprisingly she agreed so he went inside and gave the signal to launch the raid.

The police team was not quick off the mark so the investigators had to contain the girls and the brothel keeper in the brothel. This involved some quick thinking and in a humorous twist, turning down an offer of money from the brothel keeper to let them all go! Finally the police arrived but the investigators were in for a shock when they realized that 3 girls had become only 2 in all the commotion! After a thorough search the smallest girl was found hiding in a shelf built into the wall.

Later at the police station a strong FIR (First Information Report) was filed against the brothel keeper that included sections of the Indian Penal Code, the Protection of Children from Sexual Offences Act and the Immoral Traffic Prevention Act. 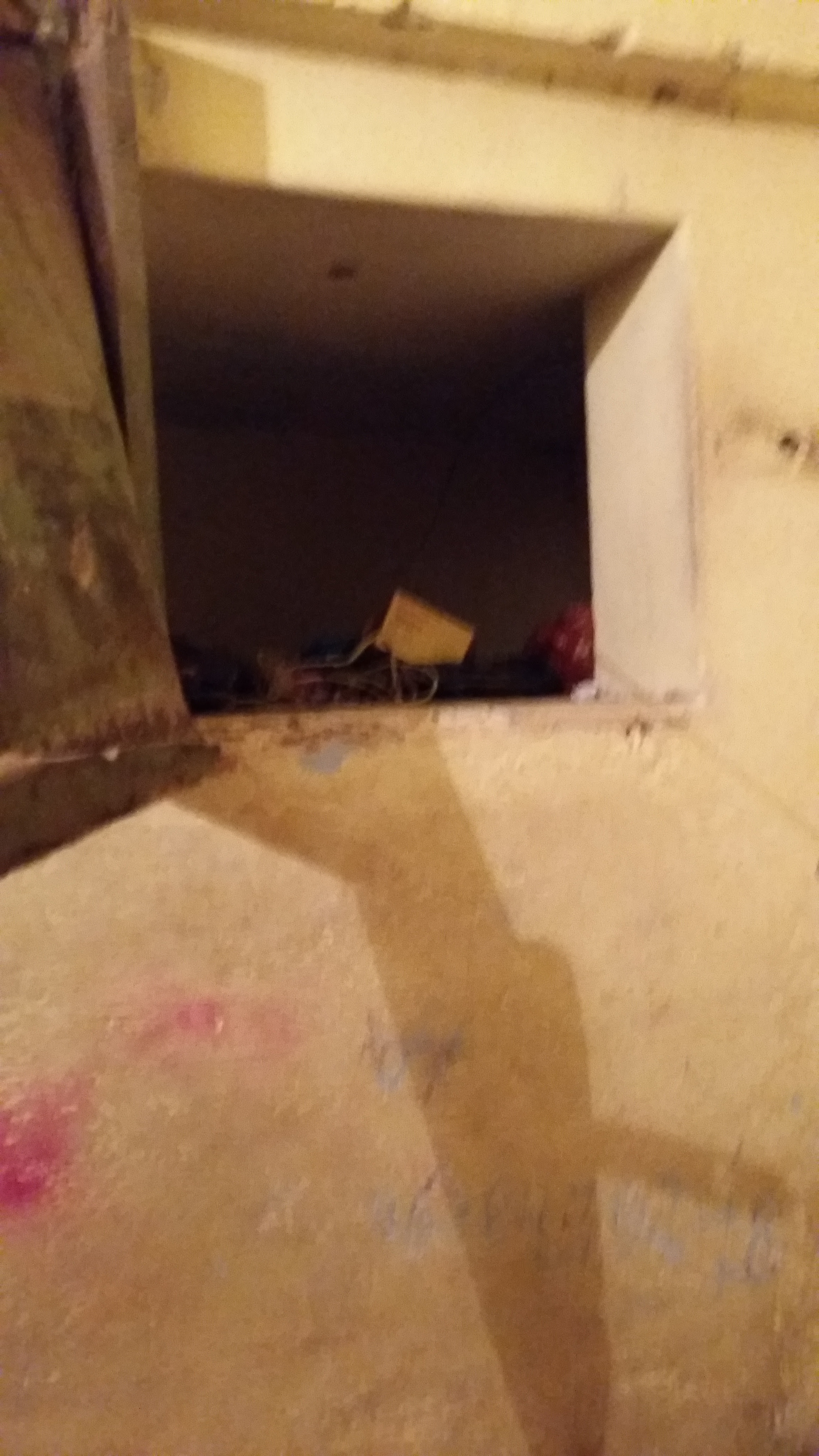